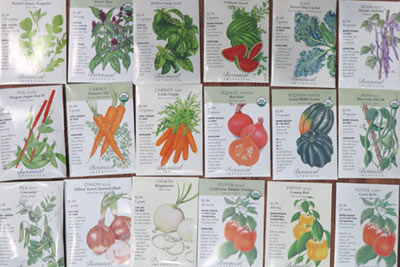 So, what's my personal view on this whole genetic engineering debate? Are GMOs going to save the human race from starvation? Should we embrace this type of engineering as perfectly safe? Or should we vote with our dollars by buying NON-GMOs and Organic Foods when possible? What is the official Albopepper position on this topic?

I initially researched and wrote this article an entire year ago. Since then, I've read many debates. I've seen lots of propaganda both for and against GMO foods. Pro-GMO advocates love to push GMOs as perfectly safe. They lash out against others, calling them "fearmongers". As noted at the beginning of this article series, they claim: "GMOs are nothing new. Humans have been genetically engineering crops for centuries".

Well after hearing both sides and doing plenty of research, I've finally reached a moment of clarity. I don't care if GMOs are safe or not. That's not the issue. I don't care if they actually offer a few real benefits to our crops (drought tolerance, disease resistance, yield increase). Let's go back to the original rationalization that began this whole discussion.

Human beings have NOT been creating GMOs for centuries, but they HAVE been selectively breeding plants and animals for desired traits. The huge wealth of variety we see in flora and fauna is at least partially due to the domestication and cultivation of crops and livestock.

SELECTIVE BREEDING: Natural selection has always played a role. With each successive generation, a wild plant strain is just a little more adapted to the local area in which it had grown. But human intervention (artificial selection) adds a whole new dimension to the process. Breeders might include a wild strain as a parent plant to gain some if its hardiness. It might offer disease resistance, drought tolerance or general vigor. But by crossing it with a cultivated strain it's possible to assimilate the best traits of both parents.

HYBRIDIZATION -> HEIRLOOMS: Improved varieties may start as hybrids. Over multiple generations they could even become cherished heirlooms. We can breed the varieties that are fit for an ever changing climate. Plants that are locally adapted. We can have increased yield. These improvements can even spill into the world of perennials. Zone hardiness could be improved. Some annuals could be bred to acquire perennial traits allowing them to come back every year! All of this can be achieved using good old sexual reproduction. And any backyard gardener can do it.

So what do we need GMOs for? Why should we need to manipulate traits at the genetic level, bypassing natural safeguards? Well for most of us, it doesn't matter. Because "we" can't do any of that. The average farmer or home gardener does not have the facilities and resources of a huge biotech company. So if we chose to support GMOs, what we're really saying is: "Let somebody else do it."

We are relinquishing our control of our food to corporations that care only about making money. We are deferring to their judgement which focuses on chemical controls within a monocultural framework. Is that really what humanity needs to survive? Haven't we learned the dangers of relying on monocultures for food production? I don't want to see a repeat of the great famine that struck Ireland after all of their potato crops were destroyed by blight.

SUPPORT LOCAL GROWERS: As soon as people begin to accept personal responsibility for their food production, the issue of GMOs evaporates. For that fundamental reason alone, I would never support genetic engineering of crops! I support seed-saving efforts. Preservation of polycultural farming is where resiliency occurs. Conventional breeding programs offer more promise than we may realize. We need more people growing their own food. We need more farmers and seed saving companies, preserving precious heirloom strains.

I envision a world where everyone has a measure of input into their personal food supply. People would eat produce that is locally grown. They'll eat fruits and vegetables when they're in season. New varieties with unique tastes, shapes, colors and sizes will never stop emerging. And it will all be accomplished without the reliance on GMO crops.

...But We Need GMOs To Survive!

Understandably, my personal views may come across as idealistic and out-of-touch. There are more and more people living in urban areas who simply cannot grow their own food. Additionally, what about all of the impoverished populations who live at the brink of starvation? Surely, they don't have the luxury of visiting some local farmer's market and selecting all organic produce! And this doesn't even account for the projected population explosion that we expect in the years to come.

WHAT ABOUT THE CHILDREN? GMO advocates love bringing up the whole "Golden Rice"11 thing. This is a GMO rice that was engineered with genes that make a precursor to vitamin A. It promises to help many malnourished children, since vitamin A is vital for preventing childhood blindness. Although it had not yet been implemented, for years Golden Rice was the poster child for why we all desperately need GMOs. I'm surprised they didn't simply call it Soylent Orange. Seriously though, there are so many Vitamin A rich plant foods. Yet, we need to use rice as the vessel for delivering this nutrient? This just underscores the level of imbalance and injustice inherent in our society. No scientific discovery will ever cure humanity of greed and disparity.

WHERE DO OUR GMO's REALLY GO? In the meantime, where have our GMOs really been going? They've been used in processed foods and as feed for livestock. In fact, the greater majority is going into the animals we eat. Yet, when you calculate the calories put into those animals verses the calories we get by eating them, there is a massive loss of resources. Growing animals is very resource intensive and results in significant entropy. In the process, we damage our environment and even our own bodies. Right now, our planet would make more than enough food to adequately nourish everyone. But to do so, people would need to just eat plants!

POPULATION vs APPETITE Right now, the challenge of feeding our planet is not an issue of population. It is an issue of appetite. The "Western" diet is pervading societies from America to China. As people consume more and more animal products, their disease rates go up. Water usage, pollution and land mismanagement become greater issues. People cite climate change as a reason for pushing GMOs. But growing GMOs for animal production has really been a large driver of climate change.

Video: Diet and Climate Change:
Cooking Up a Storm

Worried about the future of our planet? Why not go plant-based?

Do you enjoy a traditional "Western" diet? Do meat, dairy and eggs occupy a large portion of your plate? If so, looking to GMOs as the solution for feeding our planet might seem appealing. After all, it doesn't really require any personal action on your part. But starting in 2018 I decided to take my health into my own hands. My diet is now completely plant-based and I enjoy many physical benefits as a result. Best of all, in this process I've also reduced the load that I place on our planet and its resources. If you care. I mean, if you are really truly worried about our future... then I encourage you to do the same. 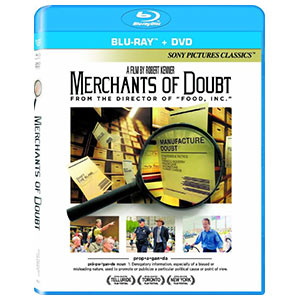 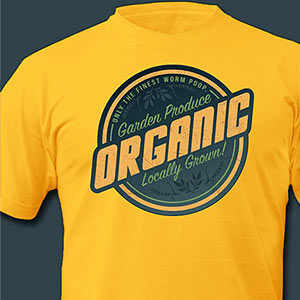